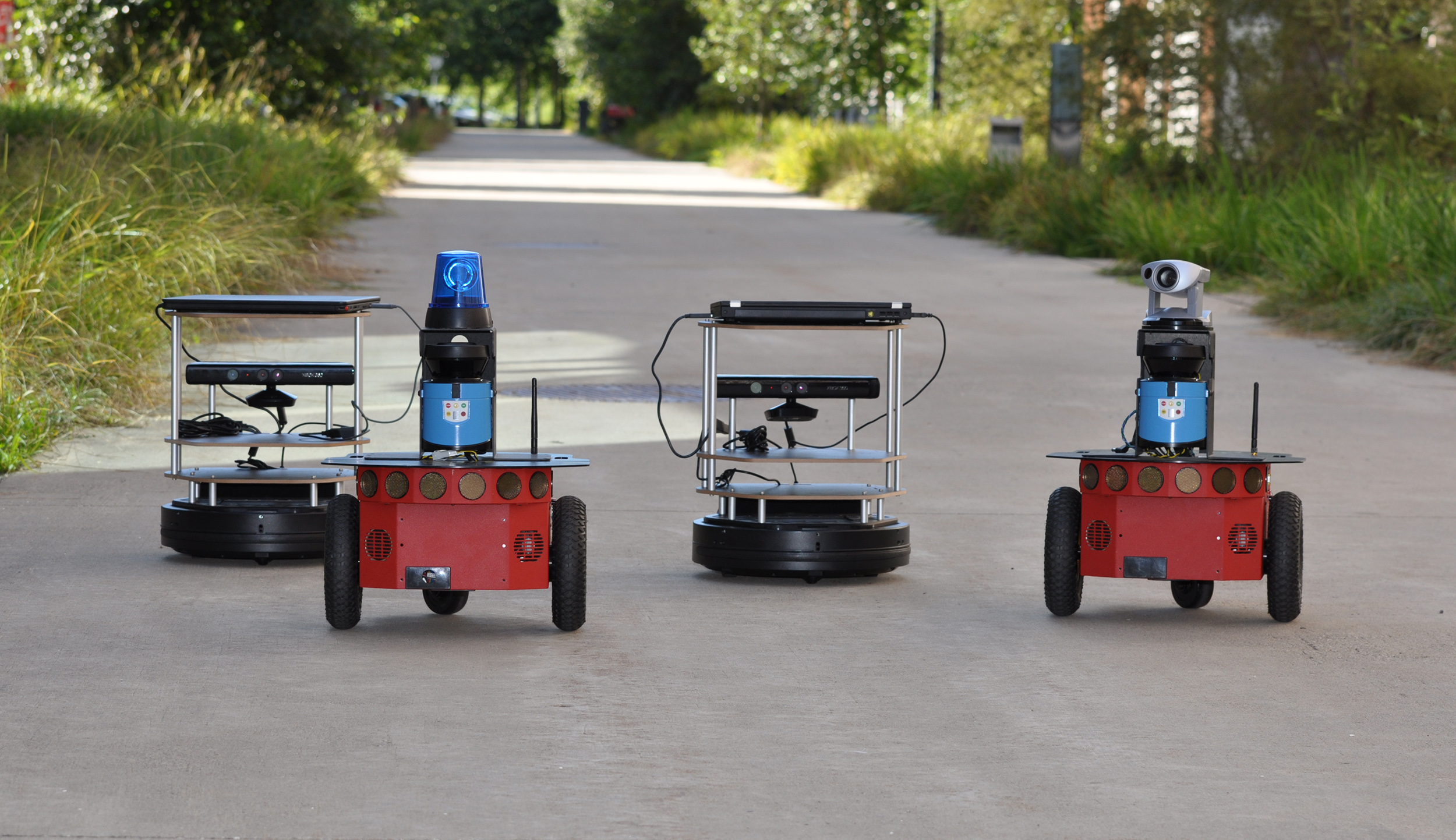 How can multiple mobile robots may be utilized to explore unknown buildings? Torsten Andre and a team of students developed and implemented software packages for the robot operating system for this purpose.

Robots may support emergency responders by searching for gas leaks, extinguishing small fires, or deliver pictures from inside the buildings while humans may oversee the system from safety. Generally, it may not be assumed that robots operate in known buildings but have to explore the environment first. Multiple robots may expedite the exploration process by exploring distinct parts. The information gathered from different parts of a building are then joined. A special focus of the project is self-organization. To allow robustness, scalability, and smooth integration of new robots, no central entity shall be required to organize the system.

Coordination aims to spatially distribute robots during the exploration process preventing multiple robots to map identical areas. In principle, robots query each other for unmapped areas not assigned to any robots before continuing exploration. Each robot keeps track of its exploration area by mapping visited areas. To allow coordination among multiple robots, they exchange and integrate the maps of each other. Each robot constructs a global map including the maps of all other robots on which further coordination and exploration builds upon. Robots do not rely on any preexisting communication infrastructure but form an ad hoc network, i.e., robots set up routes between source and destination automatically and forward data accordingly. The following video illustrates the key components. The ROS packages can be obtained from the ROS websites ad hoc communication, map merger, and explorer.

One focus of our research is the interplay between different components and their integration. “It is fascinating how everything comes together. We do not consider isolated problems, but look at the whole system,” Torsten Andre, researcher and PhD student in Bettstetter’s team remarks. “It allows us to validate our assumptions and unveils problems we probably would not have thought of without system integration.” Communication is a prominent research question in the project. High reliability paired with comparably high throughput is still an open question. Large networks require multi-hop communication decreasing end-to-end reliability significantly. The topology of multi-robot systems and the data flow within the network allow an efficient usage of cooperative relaying improving the reliability of wireless links. So far we have abstracted from any specific robot. In the future, integration of heterogeneous robots with special capabilities will be a driving question.