Andrea Tonello received the doctor of enginering degree in electronics (summa cum laude, 1996) and the doctor of research degree in telecommunications from the University of Padova (2003).
On February 1997 he joined as Member of Technical Staff, Bell Labs – Lucent Technologies where he worked on the development of base band algorithms for cellular handsets first in Holmdel, NJ, and then within the Philips/Lucent Consumer Products Division in Piscataway, NJ. From September 1997 to December 2002 he was with the Bell Labs Advanced Wireless Technology Laboratory, Whippany, NJ. He was promoted at the end of 2001 to Technical Manager and he was appointed Managing Director of the Bell Labs Italy division. He conducted research on wireless systems, on air interface design and performance analysis. He was responsible for fostering research initiatives with industrial and academic institutions. He was involved in the standardization of the evolution of 2G and 3G celluar technology.

On January 2003, he joined the University of Udine, Italy, as Research Scientist. He became Aggregate Professor in 2005 and Associate Professor in 2014. In 2013 he was awarded the Italian Full Professor Habilitation. Herein, he founded and coordinated the Wireless and Power Line Communication Lab (WiPLi Lab) supervising the activity of over 60 among researchers and graduate students. The activity of the lab received about 3 MEuros funding and focuses on next generation wireless systems, infomobility and vehicular networks, power line communications including in-home and smart grid. He also founded WiTiKee s.r.l. a spinf off company of the lab focusing on power line communications for the grid.

Dr. Tonello carried out research in 10 institutional projects and in a number of industrial projects with a total budget exceeding 20 MEuros. He received several awards and recognitions. He offered over 30 invited talks and tutorials. He has journal editorial roles and chairman roles in conferences.

He is currently the Chair of the IEEE Technical Committee on Power Line Communications.

He is an member of the professional societies IEEE, IEICE, EURASIP, ATA (past), and of the Rotary International service organization. 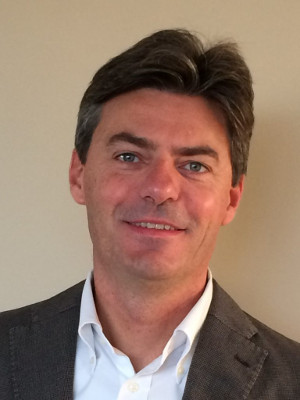