He received both his PhD and MSc in Telematics from Graz University of Technology in 1996 and 1993, respectively. Before joining Klagenfurt he was with Graz University of Technology and held research positions at the Department of Computer Sciences at the University of Texas at Austin in 1995 and 1998/99. He was invited as visiting researcher at Princeton University in July 2006 and the University at Central Florida in May 2009, respectively. His current research interests include embedded computing, embedded video and computer vision, sensor networks and pervasive computing. His current research interests include sensor networks, multi-robot systems, self-organization and pervasive computing. He has authored and co-authored more than 230 papers for journals, conferences and workshops.

Bernhard Rinner is associate editor of the Ad Hoc Networks Journal and has co-edited a book on “Self-aware computing systems”. He has co-founded the ACM/IEEE International Conference on Distributed Smart Cameras and has served as guest editor of various special issues, e.g., in the Proceedings of the IEEE, IEEE Computer and IEEE Selected Topics in Signal Processing. Together with partners from four European universities, he has jointly initiated the Erasmus Mundus Joint Doctorate Program on Interactive and Cognitive Environments (ICE). He is chair of the doctoral advisory board of the Faculty of Technical Sciences and member of the board of the Austrian Science Fund (FWF). 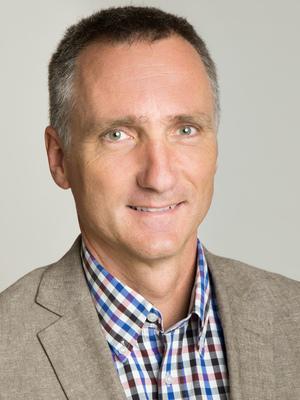